This is an alternative to linking an active time to a rule or disabling/enabling a rule in the Gateway Setup Editor. This solution entails creating a custom dataview with a "dataview name" and "rule status" columns, and having a new or existing rule reference the "rule status" value using a path alias and path variable. Once referenced, you can adjust the logic in the rule to trigger based on the dataview's rule status value.

Below is an example FKM rule where we set the FKM status cell to critical if the status contains a string like "NOT_FOUND" or "FAIL." Notice this rule targets the status columns on both the "Beta FKM" and "Generic_FKM_Testing_Sampler" dataviews. 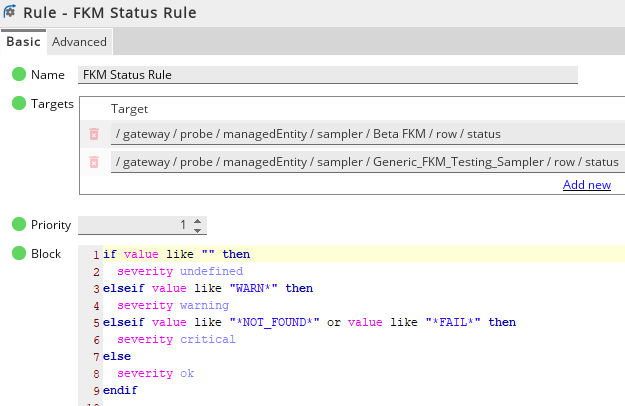 Let's say we want this rule to be active but want the ability to disable some or all parts of the rule during downtime or maintenance on the fly without using active times or disabling the rule. You can create a custom dataview like the one below that lists "Dataview Name" and it's "Rule Status." You can then modify your rule to trigger based on the dataview's "Rule Status" value. Below are the steps to set this up.

Steps to create a Path Variable that will grab the rule target's dataview name:

Note this is how we match the rule target's dataview name and the rowname in the "Dataview Status Toolkit View" to grab the corresponding "Rule Status" value. 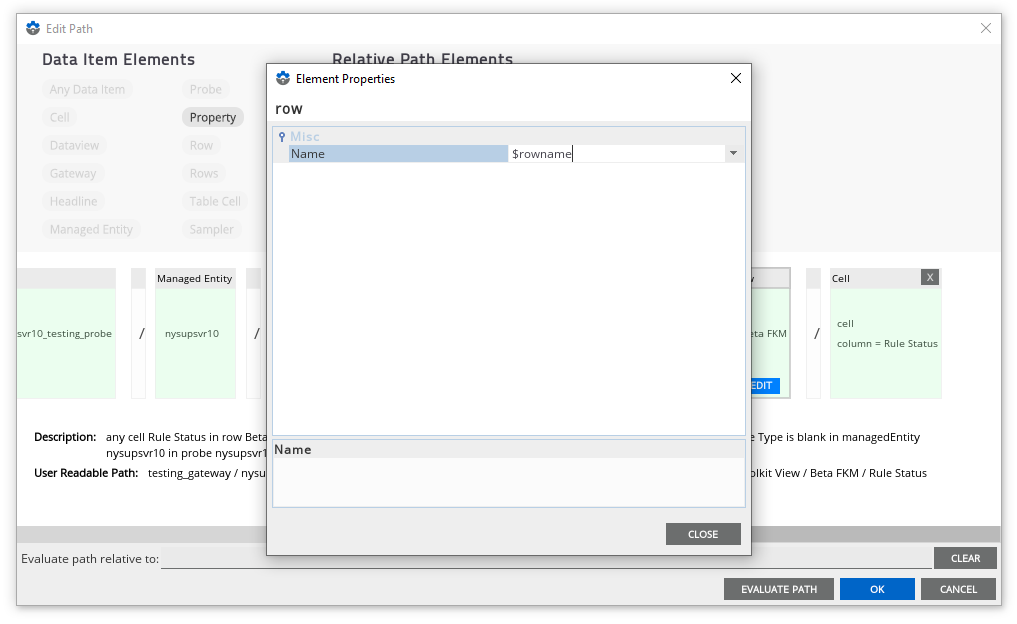 Add logic in the rule block to determine if the rule is active depending on the path alias value:

In this rule, we are looking to set the cell to critical if the status contains a string like *NOT_FOUND* or *FAIL* and "Rule Status" cell for the corresponding dataview is set to "Active." The elseif block is adjusted as follows:

Below is the adjusted rule block: 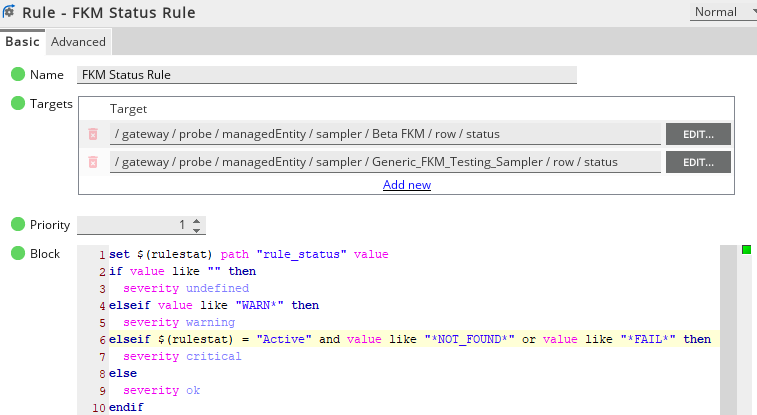 Notice each dataview now sets the status to critical now based on the "Rule Status" value as well. 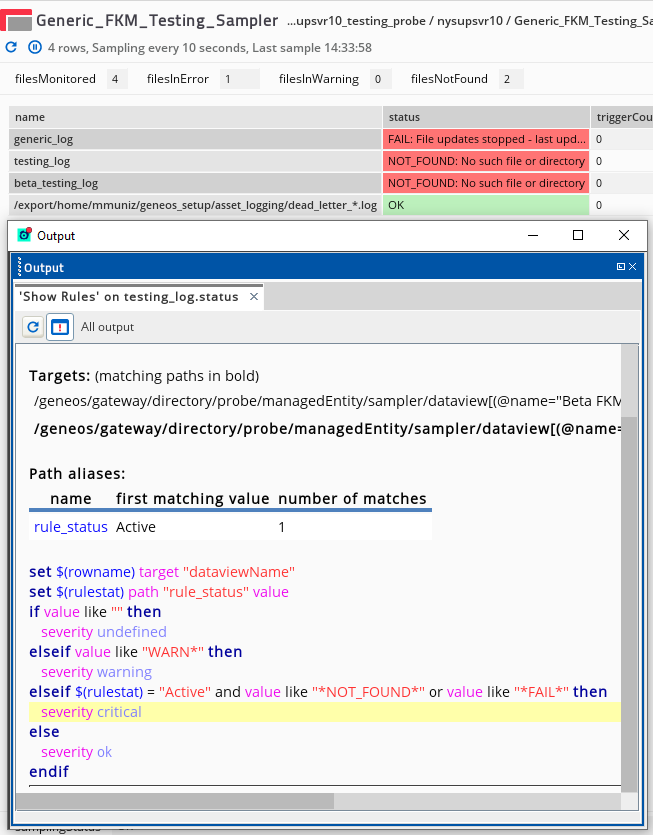 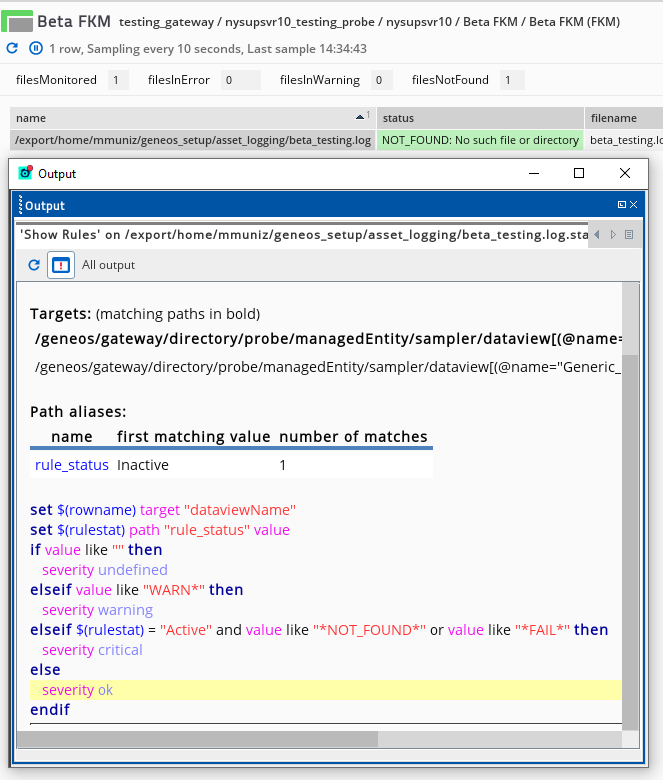 Rule XML is attached below.

If you have follow up questions about this FAQ: